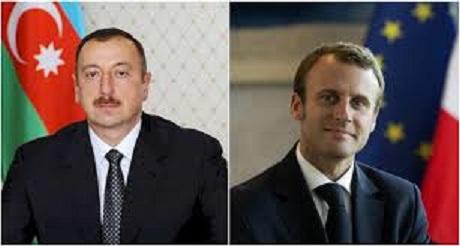 Axar.az reports that during the conversation, the two leaders exchanged views on regional issues and implementation of the provisions of the Tripartite Declaration signed on November 10, 2020, the situation on the Armenian-Azerbaijani border and strengthening stability and security in the region in the post-conflict period. they took.

During the conversation, the heads of state also discussed issues related to various areas of Azerbaijani-French bilateral relations.