Jeyhun Bayramov met with the President of Serbia 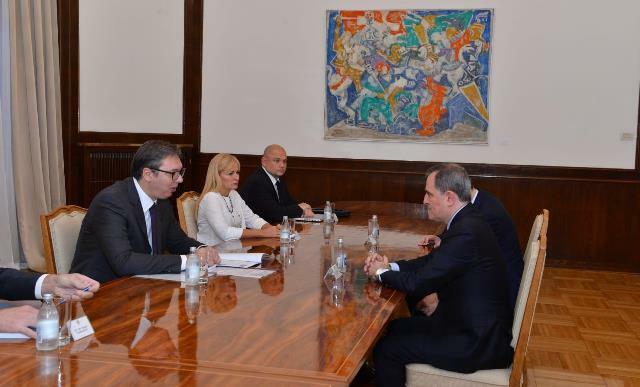 On October 12, Foreign Minister Jeyhun Bayramov was received by Serbian President Aleksandar Vucic as part of the 60th anniversary of the Non-Aligned Movement in Belgrade.

Axar.az informs this was reported to Axar.az by the Ministry of Foreign Affairs.

During the meeting, the sides noted with satisfaction the developing cooperation between Azerbaijan and Serbia and exchanged views on strategic relations.