Why was the president leaving Baku besieged in Yerevan? 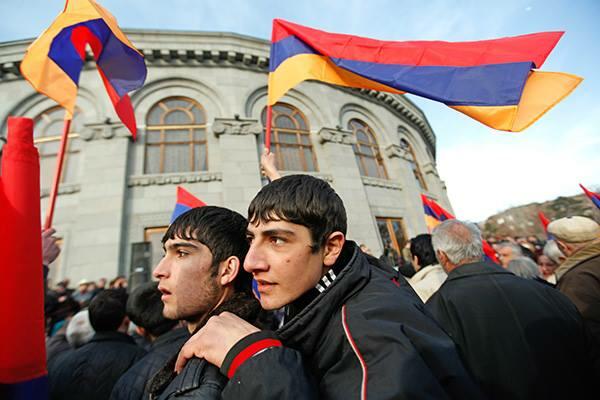 The spark created by the NATO-Russia conflict in the Ukraine war has overshadowed the clashes of influence in other areas, or we could rather say, the impression is that there is less attention on these issues in public opinion. However, noticeable serious activity is can be observed along all borders of Russia, from the Baltic to the Sea of ​​Japan.

Finland's and Sweden's bids to join NATO, the supply of weapons to attack local defenders in the war in Ukraine, as well as the incredibly quick approval of billions in aid, Belarus's military readiness and Lukashenko's declaration of purchasing S-400 and Iskander, recent clashes in Transnistria, the attempt of the separatist organization in Georgia - South Ossetia to hold a "referendum" to join Russia, the clashes in Tajikistan a few days ago, the border disputes in Kyrgyzstan and so on...

Of course, our region is the most important for us within the active events along the perimeter of the great border, and here we ignore the fact that very serious games are going on: since April 25, the opposition has been protesting against Nikol Pashinyan and he has been under constant pressure since May 2; a series of rallies is accompanied by the shelling of Azerbaijani regions on the border; Almost all of the protesters are pro-Russian and their reputation in the Armenian community is in a very bad condition, however, with serious financial support, a small number of pro-Russian opposition forces insist on continuing political destabilization and preventing a peace deal in the Caucasus; It was reported yesterday that the diaspora would also support them.

Meanwhile, Mirzoyan visited the United States (May 2-6), Blinken held telephone talks with the leaders of both countries and demonstrated support for peace, Nikol Pashinyan met with pro-Western parties against the pro-Russian opposition in the squares, and so on.

The most interesting point was the departure of the Lithuanian President from Azerbaijan to Yerevan, and the fact that the hotel where he stayed was surrounded by "revanchist" pro-Russian opposition and part of the protests were “dedicated” to him.

Why should the "revanchist" opposition protesting in Yerevan surround the hotel where a visiting president stayed and protest against him?

So, Blinken's call, the Lithuanian President's visit, Shahin Mustafayev's visit to Iran, Lavrov and Abdullahian's latest discussions, Mevlut Cavushoghlu's public statement that the opposition is putting pressure on Pashinyan – all of these points indicate that our region is on the verge of a serious political change.

In any case, holding another meeting between Aliyev and Pashinyan in Brussels on May 22 at the initiative of Charles Michel is not a simple subject. Russia is cornered and going to lose the initiative to become a mediator: and the mediator always gets something from the deal!

As Russia's interests as a "mediator" are completely different, it has once again started to “freeze the peace deal”, and this has been evidenced by the month-long protests in Yerevan that began on April 25. However, the West is not interested in maintaining the hotbeds of conflict around Russia. At the very least, these hotbeds are a means of evading Russia's sanctions or distracting its neighbours and keeping them under constant pressure.