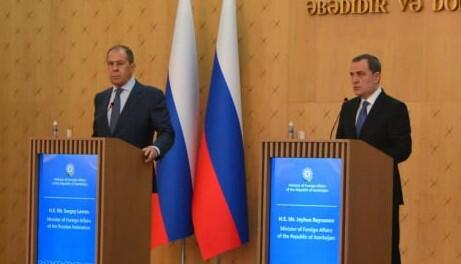 Axar.az informs that this was reported by the Azerbaijani Foreign Ministry.

It was noted that the ministers exchanged views on the current situation in the region, issues related to the implementation of trilateral statements, including the opening of all communication lines in the region, the delimitation of the state border between Azerbaijan and Armenia.

The sides also discussed topical issues of the bilateral agenda and other issues of mutual interest.