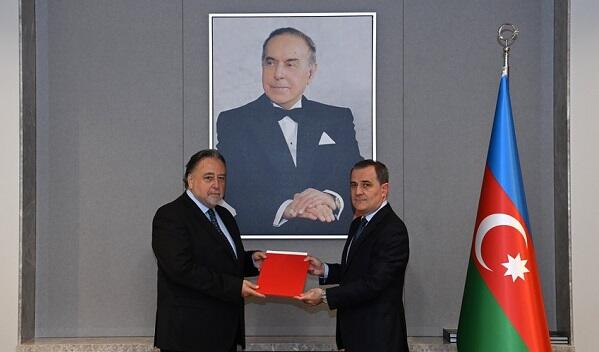 Axar.az reports that the head of the MFA wrote about this on Twitter.

"I wish the ambassador success in his efforts aimed at the further development of strategic relations between Azerbaijan and the Czech Republic," J. Bayramov said.