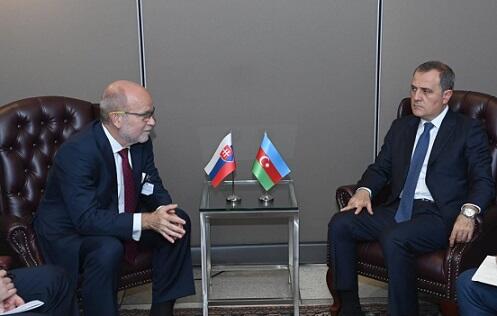 Axar.az informs citingtold by the Press Service Department of the Ministry of Foreign Affairs that Minister Jeyhun Bayramov congratulated his colleague on his new appointment. He noted that the bilateral relations between our countries are developing in a number of directions and that there is great potential for the expansion of this cooperation. The importance of consistent work on our part for the purpose of development of bilateral cooperation in the economic field, as well as promotion of mutual investments was emphasized.