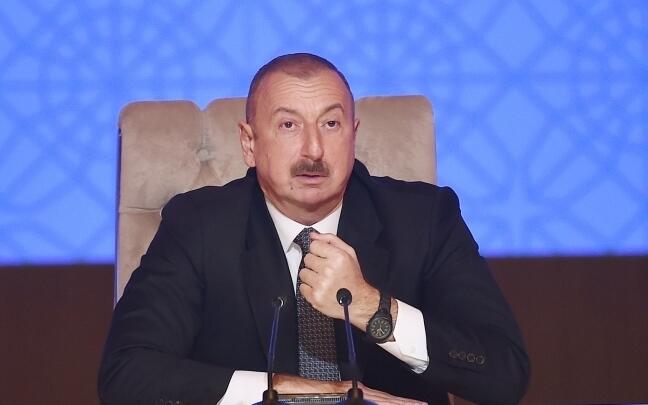 The will of the Azerbaijani people cannot be shaken by occupation or other threats.

Axar.az reports that President Ilham Aliyev said this at the international conference on "Along the Middle Corridor: geopolitics, security and economy" on November 25.

"Agali village of Zangilan is an indicator of the will of the Azerbaijani people. Many thought that no one would return. But you see 70 children in the school. Representatives of the younger generation who grew up in Baku or Sumgait moved from the capital city to the village to live on their land. This shows that Azerbaijan "The will of the people cannot be shaken either by occupation or other threats. I am sure that the absolute majority of the former IDPs will return and the process has begun," Ilham Aliyev noted.