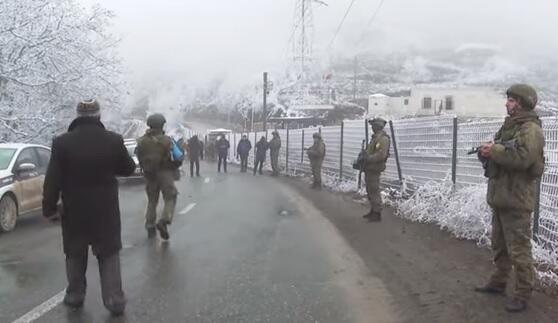 The statement of Andrey Volkov, the commander of the Russian peacekeepers temporarily stationed in the territory of Azerbaijan, that a mini-customs post will be installed at the entrance of the Lachin corridor, seriously disturbed the separatists-terrorists in Khankendi.

Axar.az reports that armenians have been meeting with peacekeepers for two days and want to clarify the issue.

The main issue that worries the separatists is the possibility of setting up a customs checkpoint by Azerbaijan. But the peacekeepers assured them that it will be a customs post that will be controlled by the Russians.

Later, the separatist regime began to spread information that the checkpoint would not be installed at all. However, the Armenian media reports that the issue has already been agreed upon.