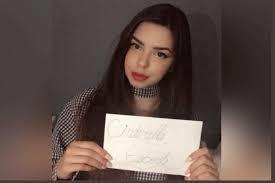 An Abu-Dhabi based businessman reportedly bought the virginity of a teenage American model for nearly $3 million, according to UK press.

Axar.az reports citing Alaraby that, the anonymous millionaire businessman "won" after a bidding on the controversial German website Cinderella Escorts, outbidding a Hollywood star and a politician from Russia.

The story broke after the 19-year-old virgin model, Giselle, said she offered her virginity for auction and was paid $2.95 million.

"I would never have dreamed that the bid would rise so high," Giselle told The Sun. "This is a dream come true."

"I think the trend to sell your virginity is a form of emancipation and I am shocked about people who are against allowing a woman to sell her virginity," she explained.

"If I want to spend my first time with someone who is not my first love, that's my decision."

The two are expected to meet in Germany, she said, noting Cinderella Escorts has offered to provide security. It is unclear whether the businessman is an Emirati national.

"We organise the hotel, stay close to the hostel as a contact person in case of problems and the girl can cancel the meeting at any time," a spokesperson for the agency said, according to the Evening Standard.

"There are some girls who are looking for a buyer for their virginity on their own. It is safer to run this on our platform," the agency, which first hit the headlines in 2016 after an18-year-old Russian model Allexandra Khefren sold her virginity for around $2.6 million, added.

The website offers prostitution services, which is legal in Germany, and receives 20 percent of each deal.