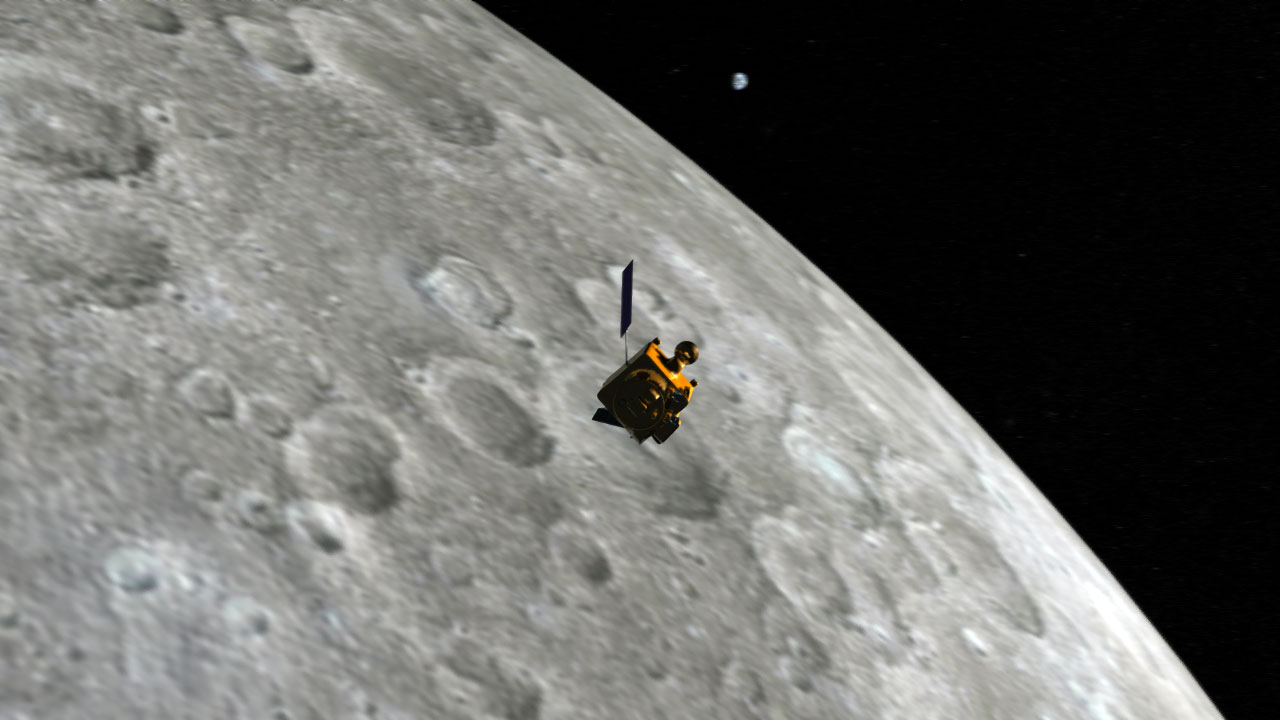 Nearly eight years ago, India’s space agency lost contact with the country’s first lunar probe, the Chandrayaan-1. NASA has now announced that they have located the probe, with the use of a powerful microwave radar.

Axar.az reports that Chandrayaan-1, a 1.5 cubic meter probe, was launched by the Indian Space Research Organisation (ISRO) in October 2008. Some 10 months into its planned 2-year mission, the spacecraft stopped broadcasting radio signal and the probe was declared lost.

Some suspected the probe of having collided with the moon, but in fact it continued a lonesome orbit around the celestial body. NASA detected Chandrayaan-1 with a ground-based radar, and also located NASA's own Lunar Reconnaissance Orbiter (LRO), but according to Marina Brozović, a Jet Propulsion Laboratory (JPL) radar scientist and principal investigator for the project, "finding LRO was relatively easy, as we were working with the mission's navigators and had precise orbit data where it was located."

Chandrayaan-1 was more of a challenge because there had been no tracking data for almost eight years. It is also only about half the size of the LRO, making it even more difficult to detect. The moon has an infamously irregular gravitational pull which can drastically alter a spacecraft's orbit.

NASA's 230-foot antenna at the Goldstone Deep Space Communications Complex in California detected Chandrayaan-1 by training its gaze on the moon's north pole and waiting for the car-sized probe to pass through. Radio waves bounced off Chandrayaan-1 and returned to the 330-foot Green Bank Telescope across the country in West Virginia.

Optical telescopes were not up to the task, as the moon's glare prevents careful optical analysis, as anyone who has taken a photo of the full moon knows.

NASA's microwave radar has been previously used to detect objects in distant galaxies, but this is the first time it has been used to detect a tiny object in space, even one as close as within the orbit of the moon. JPL said that the technique could be useful to prevent accidental collisions, as the number of satellites and orbiters around the moon increases.

As some private spaceflight companies wish to place permanent manned stations in orbit around the moon within the next few years, this technology could soon prove to be more than speculative.

"To be declared lost and then found after eight years is a great accomplishment," said former ISRO head Krishnaswamy Kasturirangan to the Times of India. "Chandrayaan-1 was our first interplanetary mission and I am delighted that it has been found."