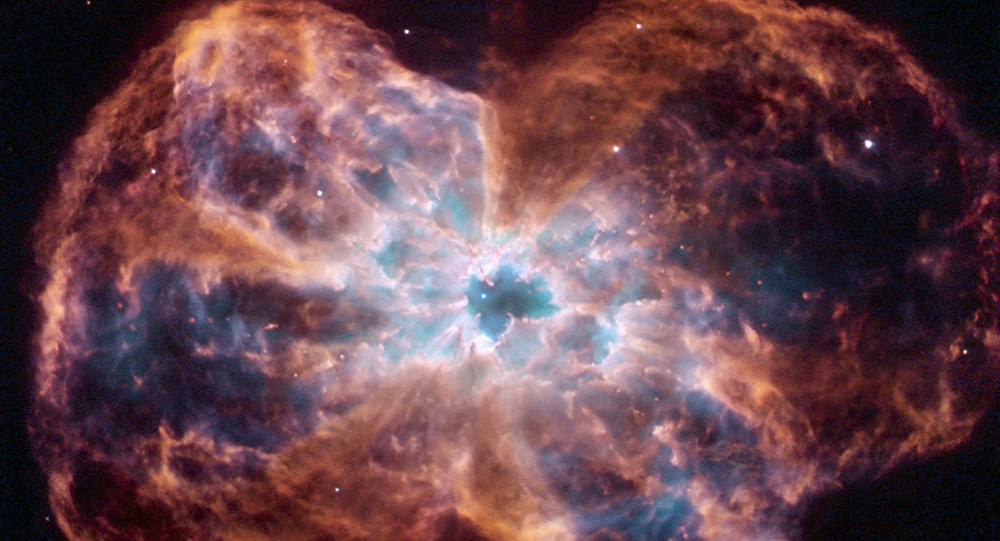 Astronomers have confirmed that Epsilon Eridani, a star about 10 light years from our sun, is part of a planetary system extremely similar to an early version of our own. They intend to use it to give us clues to the nature of our own life-giving star when it was still young.

Axar.az reports citing to Sputnik Eps Eri is a sun-like star, with 82 percent of the sun's mass and 54 percent its area. It is also the 11th closest star to our sun, close and bright enough to have been known to Ptolemaic astronomers in the second century AD. It is also a much younger star, less than a billion years old, compared to our star's ripe old age of 4.5 billion years.

Over the last 1,900 years, Eps Eri has been a frequent subject of scientific interest. In 2009, researchers at Iowa State University found that the star was surrounded by a debris disk, a huge cloud of matter that often surrounds young stars.

Scientists believe that one such cloud once existed around the sun before the matter accumulated into planets. Two debris rings still remain in the form of the Asteroid Belt between Mars and Jupiter and the Kuiper Belt beyond Neptune.

Eps Eri was observed by NASA's Stratospheric Observatory for Infrared Astronomy (SOFIA) aircraft, a customized 747 with an 8-foot infrared telescope that flies through Earth's stratosphere, above the water vapor in the troposphere that absorbs infrared radiation. The new paper, which uses data from both SOFIA and NASA's Spitzer Space Telescope (SST) found Eps Eri has not one but numerous debris disks, just like our sun used to have.

Essentially, the process is that a star begins with a large and scattered debris disk that gradually narrows into bands. Eventually, a planet will form in one of the bands and gain a strong enough gravitational pull to consume or sling away other objects in the disk, clearing its orbit and creating a gap in the debris disk.

The Iowa State researchers have found that Eps Eri's debris disk has gaps in it, the exact sort that would exist if a planet had formed and cleared its orbit. "We haven't detected [the planets] yet, but I would be surprised if they are not there," said Marengo. "Seeing them will require using the next-generation instrumentation, perhaps NASA's 6.5-meter James Webb Space Telescope scheduled for launch in October 2018."