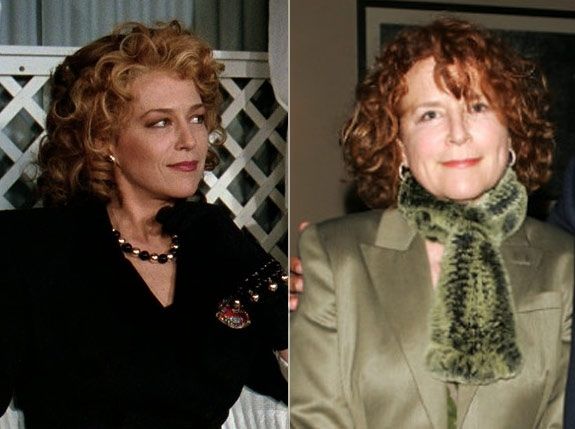 Margaret Whitton, the actress perhaps best known for portraying Rachel Phelps, the Las Vegas showgirl turned owner of the Cleveland Indians, in the two Major League movies, has died. She was 67.

Whitton died peacefully at her home in Palm Beach, Fla., on Sunday after a brief battle with cancer, Steven Tabakin, her friend and producing partner in Tashtego Films, told The Hollywood Reporter. She had been actively developing projects until a few months ago, he said.

The red-haired star also appeared in such films as 9 1/2 Weeks (1986), opposite Mickey Rourke and Kim Basinger; The Secret of My Success (1987) with Michael J. Fox, whom she tries to seduce in the movie; Ironweed (1987), as a Gay Nineties temptress opposite Jack Nicholson and Meryl Streep; and The Man Without a Face (1993), with Mel Gibson.

Whitton played Phelps, who inherited the Indians from her late husband, in Major League (1989) and its 1994 sequel. In the first film, she schemes to move the team to Miami.

Born in Philadelphia and the daughter of an Army colonel, Whitton made her off-Broadway debut at the American Place Theater in 1973 alongside Olympia Dukakis in Baba Goya. She became a regular player at Joseph Papp’s New York Shakespeare Festival, working with directors including Arthur Penn, Max Stafford-Clark, Les Waters and Howard Davies.

Whitton appeared in several productions by The Phoenix Theater and Manhattan Theatre Club. Her Broadway performances included 1982's Steaming opposite good friend Judith Ivey — they both appeared nude in the play, set in a women’s Turkish bath — 1996's The Apple Doesn’t Fall … and 1999's Marlene. In a national tour of Dracula, she fell victim to Raul Julia's title character.

She also starred on such TV series as Good & Evil and A Fine Romance.

After Whitton left acting, she turned to directing — first for the theater, with Marina Carr’s Portia Coughlan and By the Bog of Cats, and The Public Theater’s production of Dirty Tricks starring Ivey as Martha Mitchell. She made her feature-film directing debut with A Bird of the Air (2011), a romantic drama based on a Joe Coomer novel.

In 2008, Whitton and her husband Warren Spector formed Tashtego Films. The company also was involved in Casting By, a 2012 feature documentary about her friend, the legendary casting director Marion Dougherty.

Spector, her husband of 23 years, survives her. A memorial service will take place in New York City in early 2017.