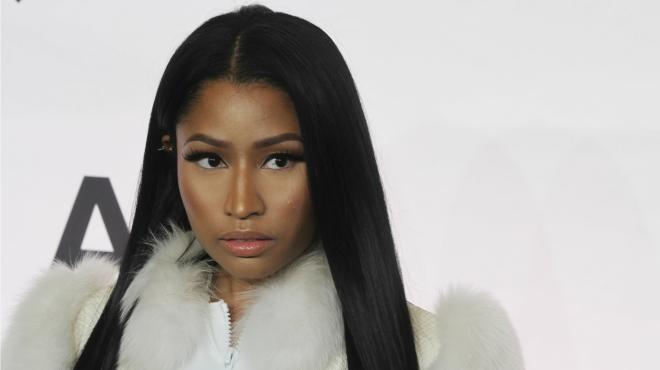 The news came as a shock to many who heard it online. A hip-hop superstar deciding to make it rain for college tuition on a whim? No way.

The night of giving began with Minaj tweeting about a contest that gives a fan the chance to join her at the upcoming Billboard Music Awards in Las Vegas or hang with her in the studio. In the tweet, she made it clear she had enough money to fly in that fan from anywhere in the world.

That prompted Twitter user @cjbydesign to ask if the rapper would be willing to pay for college tuition. Minaj responded by saying sure, as long as the fan could provide proof that they went to school and had straight A's.

A new contest began and fans were tweeting proof of their grades and an explanation of their financial situation to Minaj. One by one, a couple dozen students got replies of "done" and "send me your info" from the star.

Nicki superfan Kyle Walsh (@KahlDelMinaj), a Michigan native who attended Ball State University last school year, offered up a screenshot of his grades. The freshman had a 4.0 GPA and was taking classes like general chemistry, general physics and inquiries in the ancient world.

Minaj must have been impressed because she tweeted back with a message of "how much do you need?"

"While I am so incredibly moved, inspired, thankful and so much more, I have to say that I am not surprised!" Walsh told IndyStar on Sunday via Twitter. "She is, simply put, one of the most compassionate, caring and generous people in all of the entertainment industry!

"She is also incredibly smart," Walsh wrote. "She really understands how this world works and just how important education is to being successful. So many times I have thought of her when wanting to give up and having to struggle through my academics, and her words and actions have continuously inspired me to achieve success. For that alone, I am forever indebted. And as far as her offer to provide monetary support to me personally, I truly can not put into words just how much gratitude I have!"

Throughout the evening, Minaj continued to tweet donations to students, asking them to direct message her so that she could send them the money. She included everything from tuition to book costs to clearing out a few student loans.

Shortly after midnight, Minaj tweeted that the contest was over and that she may do another round of donations in the near future.