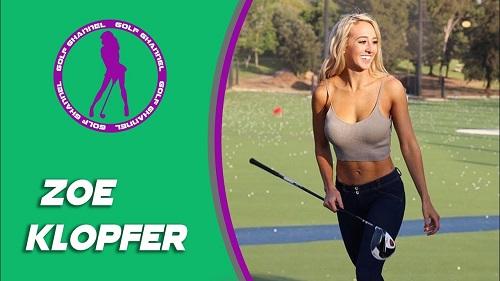 The popular Instagram model Zoe Klopfer had an AR-15 in her hands and surprised her subscribers – not with the precise shooting but because she was firing a rifle without using the scope.

The popular Instagram model posted a video of herself late Thursday night firing away with an AR-15, and captioned the post, “Me when I see the person who’s been commenting hearts under baes pics.”

However, as many users were quick to point out, her rear sight was down while she was looking like she was trying to aim.

The comment section erupted with laughter, noting that learning how to aim is day one stuff when learning how to shoot. “Who’s the instructor..ur stance is all wrong.. ir gonna hurt urself or someone else please be careful,” one Instagram user wrote. “Whatever you were shooting at… it lived,” another commentator pointed out. “She’ll be alright. I don’t think she’s trying to become a professional shooter any time soon,” another comment reads.

To be fair, guns aren’t Klopfer’s forte. The model with 165,000 subscribers is better known for her fitness and lifestyle blogs and photos.