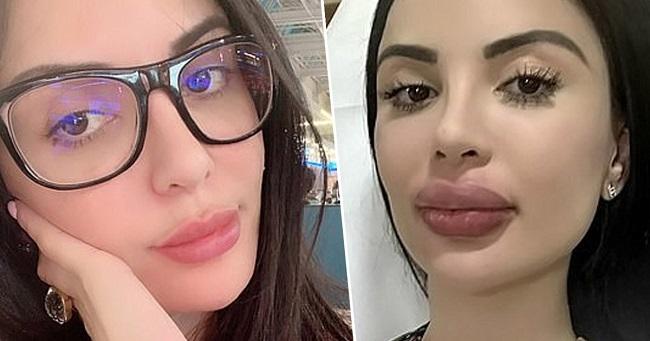 A plastic surgery addict who spent more than $500,000 (£406,547) to look like Kim Kardashian has opened up about her recent 'botched fish lips' procedure.

Axar.az reports citing Dailymail that despite having more than 20 cosmetic procedures to look like the reality TV star, Jennifer Pamplona, 27, from Los Angeles, says she is now steering clear of going under the knife after claiming she became a victim of a botched surgery.

After having three millilitres of filler placed into her top and bottom lip last month, Jennifer claims she left the clinic feeling as though she was having a reaction to the procedure.

When she examined her lips further, Jennifer claims they looked like 'fish lips', were very painful and wouldn't stop bleeding.