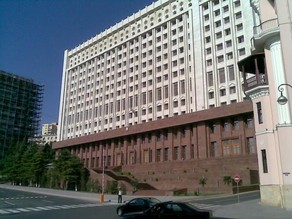 Pardon Issues Commission under the President of the Republic of Azerbaijan has held the next meeting.

It was told by the commission member Alimammad Nuriyev.

He stated appeals, entered the commission, has been heard in the meeting: 'Numerous appeals have been considered in the meeting. Our meetings will continue.'

Notably, first meeting of the new composition of the Pardon Issues Commission has been held on March 1.
Signing of next pardon decree by President Ilham Aliyev is expected on the eve of Novruz holiday.