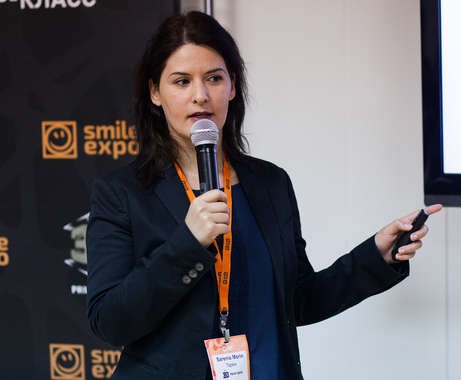 The second Conference in Baku, dedicated to 3D printing and scanning technologies will take place in Fairmont hotel conference-hall, May 20, 2016.

3D Print Conference will once again gather together developers, experts, scientists, providers as well as all those interested in this very industry.

The first 3D Print Conference took place in Baku, February 12, 2015 and became a breakthrough. It has shown that 3D printing became an integral part of our future and this future has already begun. The Conference was attended by representatives from the USA, Turkey, the Russian Federation and of course Azerbaijan.

The event was highly appreciated by the guests and participants. For example, Dmitry Postelnik (Autodesk) said that it is 3D Print Conference that will give rise to the development of 3D technologies in Azerbaijan and will hold the rightful position within top country’s industries. Furkan Bakir (3Dörtgen, Turkey) noted: “3D Print Conference Baku is out of this world! I’d like to express thanks to the host of the conference for brilliant event and a lot of positive emotions”. Anton Vedeshyn (Secured3D Development, USA) also shared his impressions: “I’m a permanent panelist of events on 3D printing, organized by Smile-Expo. This Conference is yet more proof that the company holds high-level events, developing and improving all the time. The sphere of 3D printing is interesting for many people and speakers always try to present their topic in unusual and creative manner, using original stuff (for example barrels filled with oil). With the analysis of local infrastructure, presentations of Azerbaijani speakers were very interesting. I’m sure that Azerbaijan has huge potential in 3D technology industry”.

The aim of 3D Print Conference Baku 2016 is to acquaint visitors with incredible opportunities of 3D printing and scanning. Today 3D technologies are already widely used in various industries, being competitive and efficient. In Azerbaijan, compared to the European countries and Russia, 3D-printing has not reached such a large scale yet, but interest to it is growing by leaps and bounds. That's why being one of the major organizers of specialized exhibitions and conferences, Smile-Expo will hold 3D Print Conference in Baku for the second time.

• developers of software for 3D printers;

• manufacturers of spare parts, materials and accessories for 3D printing;

3D Print Conference 2016 will include speakers on current and future trends in 3D technology, on the return on investment in this sector, as well as on the variety of applications of 3D printing and scanning.

Main subjects of the event

 Additive technology as an emerging sector of the economy of Azerbaijan.

 3D printing: a technology of the 21st century.

 3D technology as a business. Prospects for the development of 3D printing in Azerbaijan.

 3D technologies in education: whether it is necessary to create specialized universities?

The organizers intend to expand the horizons of such events and facilitate the implementation of business ideas with the help of 3D technology not only in Azerbaijan but also in other countries.

Learn everything about breakthrough 3D-printing and scanning technologies that soon will change our lives.