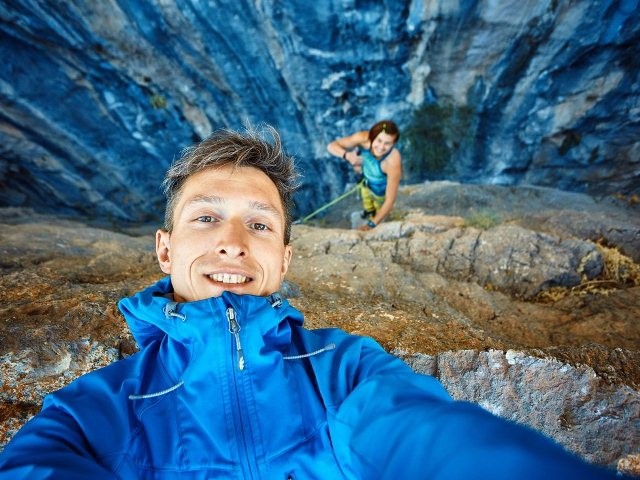 Selfie” is never listed as an official cause of death. But over the past two years, they have been at the center of an increasing amount of fatal mishaps.

Data-crunching website Priceonomics recently tabulated that there have been at least 49 selfie-related deaths since the start of 2014.

The first time Google searches for “selfie deaths” surged was in January. 2014, when the death of Lebanon’s Mohammad Chaar became a tragic viral sensation. Moments after Chaar posed for a selfie in Beirut, he was killed by a car bomb. Some people reacted to Chaar’s death, and the concept of martyrdom, by uploading selfies of their own with the #notamartyr hashtag.

It may sound like the ultimate cautionary tale, but it’s also a harsh reality. In Jan. 2015, three Indian college students were struck by a train while attempting to take a selfie as close to a moving train as possible, The Times of India reported.
India has a surprising selfie problem, with more of its citizens dying while snapping than any other country in the world. To combat the problem, Mumbai has created “no-selfie zones.”

Some people take selfies to demonstrate their daring. Others use them to show off their cool gear. In Jan. 2015, a pair of Russian soldiers combined the two by posing with a live grenade. The weapon unexpectedly detonated, killing both of them. But the phone survived to tell their tale.
The incident spurred the Russian government to take action, as the Interior Ministry produced a pamphlet on how to take safe selfies.

Stunt selfies are more common than they should be, yet often more dangerous than they’re worth. Instagram user drewsssik had an account full of death-defying photos showing the heights he climbed. But in Sept. 2015, the 17-year-old slipped and fell to his death while trying to take a selfie made to look like he fell.

In Aug. 2015, a man was gored to death during the annual running of the bulls in Pamplona. The 32-year-old David Lopez was trying to commemorate the event by taking a selfie while sprinting through the streets. Lopez left the protected area to film a showdown between two bulls when a third animal came and attacked him from behind.

The most recent selfie-related death involved a Washington State man whoshot himself in the face with a gun while taking a selfie. The Concrete, Wash. resident was with his girlfriend at the time, and she said he believed the weapon was unloaded. Apparently he had taken armed selfies in the past, and he always made certain to remove the bullets before taking a picture.