Why do we have Christmas trees? - History 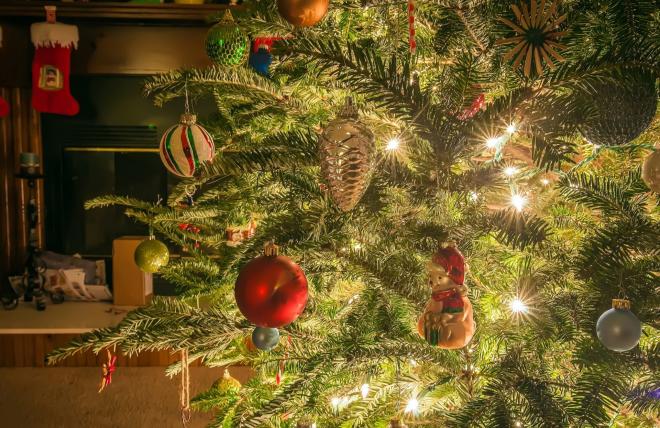 Christmas trees have become a worldwide symbol for peace and good cheer. They are at the center of one of the largest family gatherings of the year. And religions of all shapes and sizes brandish it as something spiritual and meaningful to their beliefs.

While random uncles and cats think of it as a nice bit of shade to have a quick nap. The question is, who was first? No, not the cat or the uncle, although that could be quite a tantalizing investigation. What I mean is, where did this idea of the Christmas tree come from? How did it begin and who was the first to place gifts for loved ones beneath or but shiny balls on its branches? Well, that is what we are here to find out. Explore and enjoy, dear reader. Christmas trees haven’t always been associatedwith Christianity, in fact, Christianity was one of the last religions to jump on this “green religion” bandwagon. Winters were brutal in ancient times, so much so that ancient Egyptians and Romans believed that their gods were struggling just as much as they were. See, winter was seen as a time of death and any plant that remained green during this time, such as firs, evergreens and rushes, were seen as holy and signs that the gods would triumph over this winter and bring new life onto the earth.

The Egyptians worshiped the god Ra, the sun god. At winter solstice, the shortest day and longest night of the year, the people of Egypt believed Ra had fallen into an illness, and they would decorate their homes with green palm rushes to symbolize his triumph over death.

The Romans treated the solstice as more of a celebration by holding a feast called the Saturnalia in honor of the god of agriculture, Saturn. The Romans looked ahead toward Spring, knowing that soon everything would be green and thriving once more. They would celebrate the coming of Spring by decorating their homes with evergreen boughs; in Northern Europe, Druids also decorated their temples for everlasting life; while the vikings in Scandinavia believed that the evergreen was a special plant given to them by their god, Balder.

It wasn’t until the 16th Century, in Germany, that the Christmas tree began to look as it does now. Devout Christians would bring the trees into their home, while others would build wooden Christmas pyramids that were decorated with evergreens and candles. Martin Luther is credited as being the first person to adding lights to a Christmas tree. The story goes, that as he walked through the night preparing a sermon, he was amazed by the stars twinkling beneath the branches of the evergreens. To truly capture this moment for his family, he demonstrated it to them by erecting a tree in his home and attaching candles to it with wiring. Most Puritan Americans, in the 17th century, saw the Christmas tree as a pagan symbol. Only German settlers were widely known to decorate their home with them, as Germany had a long history with community trees already. But interestingly, Christians during this time were doing their best to stamp out Christmas and Christmas trees all-together. Going so far as to fining people found recognizing the “pagan mockery” as a holiday. This is interesting because it was the Catholic Church that attached themselves to that holiday in order to convert pagans into their religion. But despite all of the Puritans troubles in attempting to stamp out the long-lasting tradition, an influx in German and Irish settlers overpowered any attempt to keep the tradition from growing.

And grow it did. The Christmas tree truly became popular in 1846, when British Royals, Queen Victoria and Prince Albert were sketched along with their family standing in front of a Christmas tree. Victoria was extremely popular, which instantly made Christmas trees the most fashionable thing in town since sliced bread. The 19th century finally saw a rise in acceptance and popularity in the U.S, and the production of ornament became extremely popular during this time as well.

As the World Keeps Spinning… Everywhere around the world Christmas is being celebrated and trees are being decorated, but each country has its own unique and special brand of holiday cheer.

In the U.K, trees stand normally about four feet in height, while people in the U.S. do everything they can to get their trees to scrape the ceiling.

In Mexico, the nativity scene is the most popular and important facet, and Christmas trees are a luxury for most families; but if one is used it is worked around the nativity decorations.

Despite Australia’s sweltering summer heat in the month of December, christmas trees are still delivered to all parts of Sydney. That’s right, summer. Since Australia lies on the southern-hemisphere, families tend to celebrate Christmas outside and at the beach.

Greenland is the complete opposite with temperatures so low that no Christmas trees will even grow!

Christmas trees have been a huge part of a tradition that seems like it will never die out. It has truly stood the test of time. In a few thousand years our ancestors will be looking back on how their metallic, sentient pyramid began as a proud evergreen tree.