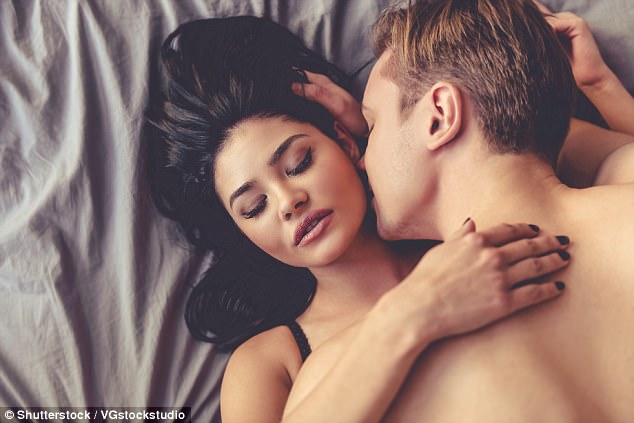 Talking about your sexual history with a new partner can make for an uncomfortable few minutes.

Many fear their 'magic number' is too high and that it will set alarm bells ringing.

Now a survey has revealed what both men and women think is the 'ideal' number of sexual partners - and it is more than you might expect.

The study by IllicitEncounters.com, a dating website for married people, found both sexes agreed that 12 was the perfect number of lovers to have had.

Asked why a dozen partners was perfect, both sexes said it showed someone was 'sexually adventurous, liberal and transient'.

Meanwhile someone who has had fewer than 10 partners is 'too conservative' and 'sexually inexperienced', according to the research.

Christian Grant, spokesman for IllicitEncounters.com, said: 'Men are a little more self-conscious when it comes to competition.

'They want to be seen as the biggest and best; whether that stems from genuinely wanting to satisfy their partner or to massage their own ego is another matter entirely.

'Women on the other hand, they're just happy to enjoy the moment, past experiences aside.'