African game hunter dies after elephant falls on him 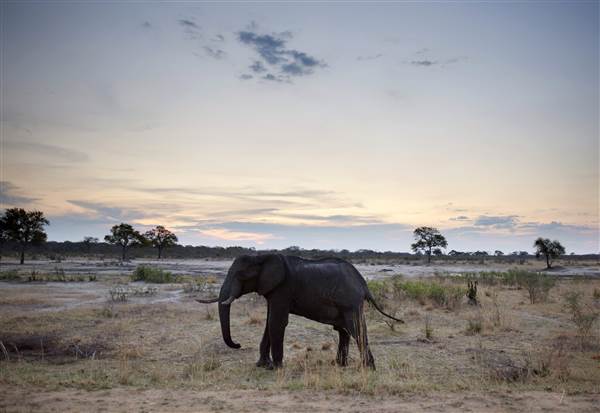 A well-known South African game hunter died after an elephant ravaged by gunshots collapsed on him at a Zimbabwe animal reserve on Friday, according to local authorities.

Botha's group spooked the herd and three elephant cows immediately charged at them — prompting Botha to open fire on the animals, according to South Africa's News24.

A fourth cow stormed at the group from the side, lifting Botha up with its trunk. One of the members of the group fired shots at the elephant causing the animal to collapse on Botha, crushing him to death.

Zimbabwe Parks did not immediately return requests for comment by NBC News.

Botha and his wife, Carike, ran Theunis Botha Big Safari's since 1983 with private hunting ranches in South Africa, Mozambique, and Zimbabwe, according to the company's website.

Botha touted his perfection of "traditional European Style Driven Monteria hunts in South Africa," which uses "hounds" to round up big game for hunter clients.

The company displayed several photos and videos of many of Botha's safari hunts, and billed him as a "passionate and professional hunting outfitter operation" that gave "clients a unique exciting African safari experience."

His first client was a Montana man who came to South Africa to hunt a leopard, and Botha prided himself that the man "got his cat," according to the company's website.

Botha's wife is expected to go Zimbabwe on Monday to identify her husband's body and return him to South Africa for funeral services, according to the News24. He is survived by five children.

Botha's death garnered a large share of negative comments on social media from many who are opposed to big game hunting.