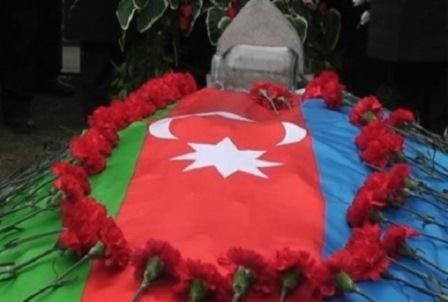 Azerbaijani soldier Farahim Nadir oglu Novruzov, 20, martyred trying to intercept an Armenian attack on the contact line of troops on April 3, has been laid to rest in the Samadabad village of Bilasuvar district.

Azerbaijan’s national flag laid on the soldier’s coffin was presented to his father after the burial.