About 200 Azerbaijani women detained in Iraq 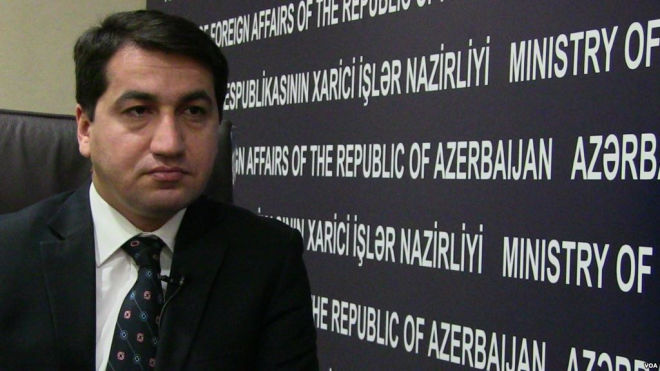 The Azerbaijani Foreign Ministry expressed its attitude to the information spread in foreign media about the detention in Iraq of 200 Azerbaijani citizens suspected of having links with the ISIL, commenting on the APA, the head of the press service of the Foreign Ministry, Hikmet Hajiyev, noted that such reports appear in the press not for the first time and they are thoroughly investigated.

"Such messages do not appear for the first time. The facts are studied and investigated. The Azerbaijani side through the embassy in Baghdad is in constant contact with the relevant structures of Iraq", – Hajiyev said.

Note that the Iraqi deputy Vian Dahil proclaimed the detention of 200 Azerbaijani and 512 Russian women on suspicion of ties with the ISIL.

"Five hundred and twelve women from Russia and 200 from Azerbaijan were detained by Iraqi forces and sent to prison as members of the IS", – the parliamentarian wrote on Twitter.

V. Dahil did not say anything about where and when these women were detained.

Meanwhile, a source in the Ministry of Defense of Iraq denied detention of 512 Russian women for RIA Novosti.

"There are detainees, but there are very few and they are of different nationalities," the source said.