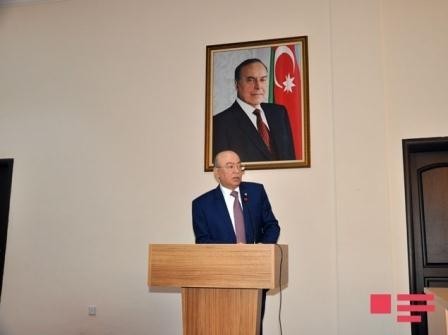 During the meeting, Salyan Executive Power Tahir Karimov, entrepreneurs and the public attended the event.

Minister Heydarov said that under the leadership of President Ilham Aliyev, Azerbaijan's economy has developed rapidly, large-scale projects have been implemented in various fields.

He said that, one of the projects initiated by the Heydar Aliyev Foundation in the construction of new schools, the implementation of major infrastructure projects, these projects serve the interests of the citizens.

"Mr. President has repeatedly said it. Officials are people’s servant. All the officials, including the local authorities, citizens, and also businessmen and attitude appeals should immediately", - the minister said.