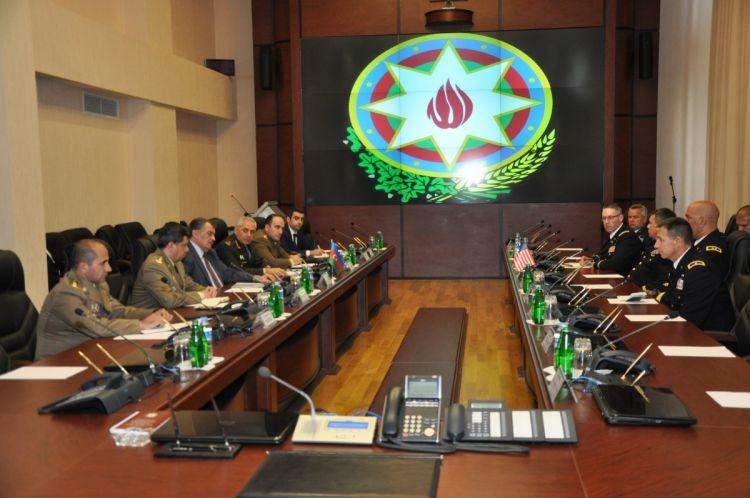 The Crisis Management Center of Azerbaijan’s Ministry of Emergency Situations (MES) hosted a meeting with the delegation led by Major General Michael Thompson, the commander of the U.S. Oklahoma Army National Guard.

Deputy Minister of Emergency Situations, Lieutenant General Faig Taghizade thoroughly informed the U.S. about the directions of the ministry’s activity and work principles, its structure and agencies, as well as about the work done in the country to prevent emergencies and eliminate their consequences, the ministry told Axar.az.

Stressing that Azerbaijan’s Ministry of Emergency Situations has a high level of cooperation with international organizations and relevant institutions of foreign countries, Taghizade said that many countries, including Russia, Turkey and Israel were rendered comprehensive assistance aimed at preventing emergency situations and eliminating their results, as well as some countries are provided humanitarian aid under the Azerbaijani president’s instructions.

Later, the guests watched a film about the ministry’s activity.