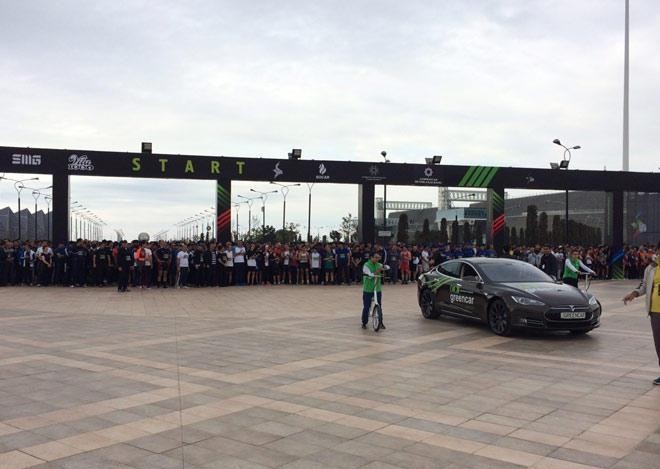 The Baku Marathon 2016, organized at the initiative of the Heydar Aliyev Foundation, kicked off May 1.

There are both the residents and guests of Baku among 3,621 people who have registered for participation in the Baku Marathon 2016.

To date, such marathons have been held in London, Paris, Boston, New York, Chicago, Berlin, Barcelona, Istanbul and other cities.

A full marathon covers a distance of 42 kilometers, while a half-marathon is 21 kilometers.

Marathons are also organized for charitable purposes. A charity marathon held in London in 1981 was included in the Guinness Book of Records as the largest annual fundraising event in the world.

The marathon winner will be awarded a prize of 3,000 manats, while those coming in second and third will get 2,000 manats and 1,000 manats, respectively.