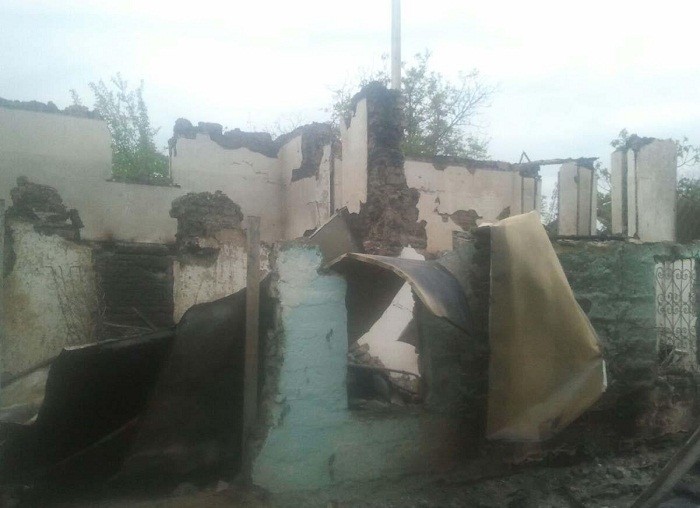 The channel in its report noted that the visit was organized by the Azerbaijani government.

As part of a "well planned by the government", according to the journalist of TV channel, trip around Azerbaijan`s regions near the conflict zone a group of reporters visited several villages damaged as a result of the Armenian aggression, where they got acquainted with the destroyed and burnt by shelling houses.

The journalists also visited hospitals, where they saw wounded people, and also met with relatives of the victims.

Starting from April 27 evening until 04:00 (GMT + 4) April 28, the Armenian armed forces were firing at the Azerbaijani settlements and the Azerbaijani army positions in the Terter and Aghdam districts of Azerbaijan.

Two people were killed and many more wounded as a result of the Aghdam shelling. At least 84 houses in the district were heavily damaged, some of them completely destroyed.