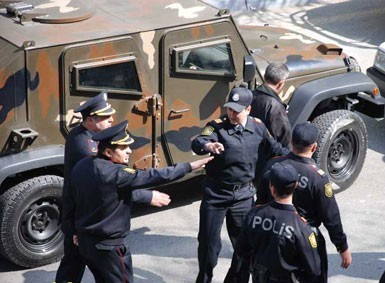 About 10 members of a radical religious movement were detained.

The police officers the banned religious literature, a large number of arms and ammunition, including grenades.

On May 1, at about 07:30 pm the explosion occurred in Aliabad district, when Police captain of Department of Social Security in Zagatala Region Police Office Rovshan Baliyev has opened the door to the police station.

As a result, doors and windows of station were destroyed and wounded.

The police captain was hospitalized.