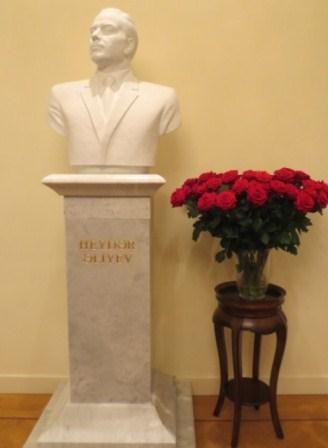 Embassy of Azerbaijan in the Netherlands arranged a photo exhibition on the occasion of 93rd birth anniversary of National Leader Heydar Aliyev, in the Hague.

In his opening remarks, Ambassador Mir Hamza Efendiyev, highlighted the historical importance of Heydar Aliyev’s political activities, covering a period of nearly half a century, of the national leader, founder of modern and independent Azerbaijan.

Informing the visitors about farsighted oil strategy of Heydar Aliyev, the Ambassador stressed that this policy is today successfully continued by President Ilham Aliyev.

After acquaintance with the photo exhibition, the participants of the event, watched a documentary dedicated the glorious life of national leader.

The exhibition will run until May 20.