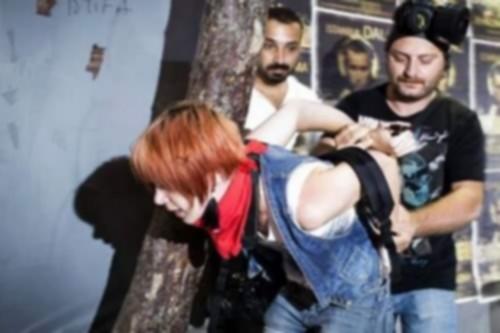 North of Denmark, in Sweden, a “consent law” has already stroked controversy, and legal professionals suggest that it may complicate legal proceedings and lead to innocent people jailed.

Axar.az reports citing foreign media that the Danish government is ready to follow its neighbour Sweden and adopt a controversial bill which would define sex without explicit consent as rape.

The Social Democrats and their supporting party the Social Liberals, both members of the “red” bloc currently in power, have stated they would favour such a law, referencing a written agreement reached last month during the government negotiations that followed a general election.

In its own words, the “red” bloc strives to ensure a “modernisation of rape laws” that is “more in line with the present time”.

“[This agreement] is a clear signal that there is now a political majority in favour of consent-based legislation”, Social Liberal spokesman Kristian Hegaard told the newspaper BT.

“Our thoughts have been to see what experiences other countries have had and then have a joint discussion with other parliamentary parties,” Mortensen said.

This marks a turning point in Danish political life, as the left-wing Red-Green Alliance, currently a government support party, had failed to secure a parliamentary majority to back its proposal to add a “consent clause”.

While the right-of-the-centre parties, collectively known as the “blue” bloc initially rejected the idea, the Conservatives and the Liberals later reconsidered their stance and claimed their readiness to support Sweden-style rules.

Sweden introduced its “consent law” on 1 July 2018. The law has since been slammed by some as “draconian” and has already resulted in more convictions and more severe prison sentences. Swedish Radio counted at least seven cases which resulted in punishments of various degrees for failing to obtain sufficient content before commencing intercourse.

Yesterday, the year-old consent clause made its debut at a court of superior jurisdiction, establishing an important precedent for the future.

While the defence suggested that the entire situation implied “tacit consent”, among other things because the woman herself reportedly invited the man to her bed and met him lying in just her underwear and later sounded no criticism of the man's actions. Nevertheless, Sweden's apex court turned down this argument.

The “consent clause”, which enables “careless rape” verdicts, was slammed by both ordinary Swedes, who called it biased, as women are unlikely to be prosecuted, and legal professionals, who ventured that it would only complicate legal proceedings and lead to wrongful verdicts.

Lawyer Jörgen Frisk suggested that the law would make it harder for the courts to judge.

“I believe that innocent people will be judged in a completely different way than before”, Frisk, who represented the 27-year-old in the Supreme Court, told national broadcaster SVT.

Earlier this year, Denmark was slammed by Amnesty International for having a “pervasive rape culture” caused by its “failure to address victims' grievances, antiquated laws and its reluctance to prosecute rapists”.

The human rights organisation also highlighted an “insidious culture of victim blaming” that allegedly resulted in “endemic impunity for rapists in the country”.

Despite its ranking high in various gender equality indices, Denmark is “home to he highest prevalence of violence against women, including sexual violence, of any European Union member state”, Amnesty stressed.