Bikini model: We don`t have a gun problem - PHOTOS 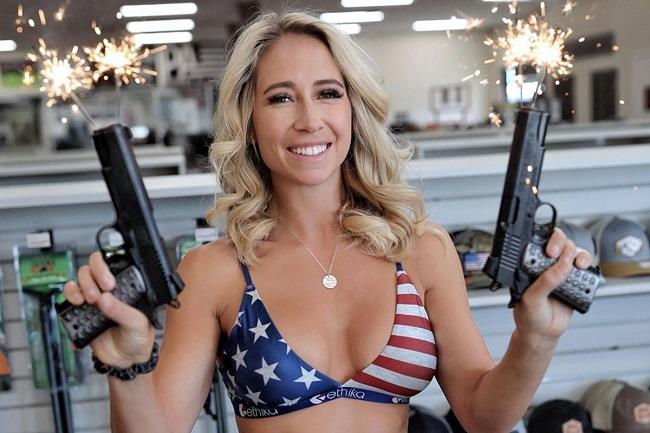 Utah-based Casey Currey has garnered over 300,000 followers on Instagram, describing her account as “Guns, Buns, and Shenanigans”. On her page, idyllic family pictures and gym videos are posted alongside Lara Croft-style bikini snaps in which the blogger holds guns of all kinds.

Axar.az reports citing foreign media that Instagrammer Casey Currey, who calls herself a home-grown American woman, has denied that there is a gun problem in the US, noting that the main focus should be on battling mental illness. The 27-year-old has gained a 329k-strong following on her account, under the handle buff_cookie, on which she demonstrates top-notch physical shape as well as a love for dogs and all kinds of weapons, ranging from machine guns to pistols.