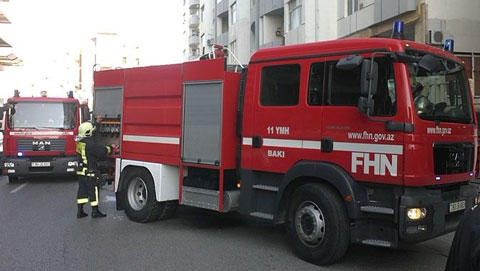 A fire broke out at the Ethylene-Polyethylene plant of Azerkimya Production Association today.

Axar.az reports Ibrahim Ahmadov, deputy head of the Public Relations and Events Department of the State Oil Company of Azerbaijan (SOCAR) stated that the incident did not occur during the production process.

According to him, several employees were injured in the incident:

"Their condition is moderate and they were taken to hospital."