Azerbaijan is importer of major weapons in Europe 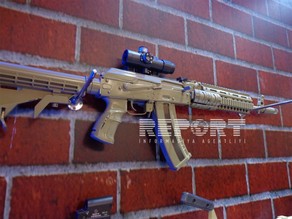 Azerbaijan is the largest importer of major weapons in Europe.

This information was stated in the report of Stockholm International Peace Research on the global arms trade Institute released today (SIPRI).

The fall is partly the result of economic pressures forcing states such as Greece and Spain to greatly reduce their arms purchases.

The UK was the second-largest importer in Europe, despite a fall in imports of 17 per cent compared with 2006–2010.