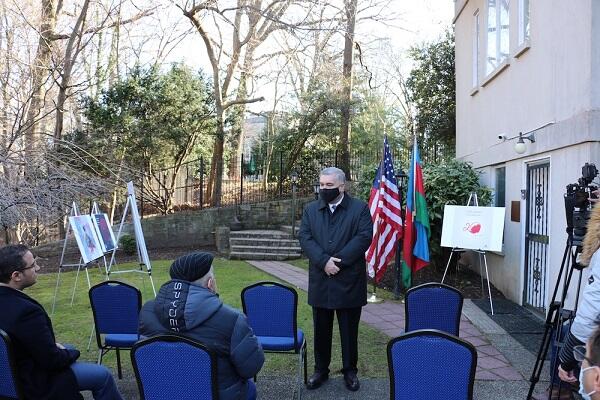 An event dedicated to the 31st anniversary of the January 20 tragedy was held at the Azerbaijani Embassy in the United States on January 22.

Axar.az reports that the event was attended by Azerbaijani activists living in the United States and embassy staff.

First, the memory of our martyrs who sacrificed their lives for the territorial integrity and sovereignty of our country was commemorated with a minute of silence.

Azerbaijani Ambassador to the United States Elin Suleymanov said the day was marked as a victory for the first time. The ambassador stressed that the events of January 20 were of exceptional importance in gaining the independence of our country. The diplomat noted that all Azerbaijanis, regardless of ethnic or religious affiliation, fought for independence and freedom, and achieved independence at the cost of their lives.