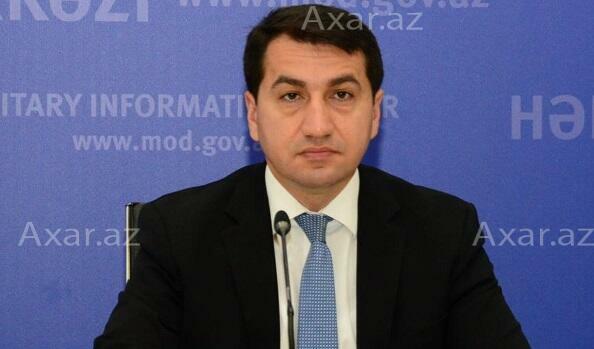 Hikmet Hajiyev, Assistant to the President of the Republic of Azerbaijan - Head of the Foreign Policy Department of the Presidential Administration, said: "We are very grateful to Israeli doctors and Israel. This is proof of our friendship and cooperation."

"This reflects the spirit of friendship that exists between us," the ambassador said.

The author of the article notes that on Monday last week, the Israeli embassy in Azerbaijan, led by Ambassador George Dick, conducted an emergency operation to provide medical assistance. Israeli ophthalmologists and plastic surgeons have visited Azerbaijan to conduct at least 150 operations and treat Azerbaijani soldiers and officers wounded during the Great Patriotic War in Nagorno-Karabakh.

On Friday, one of the high-ranking officials in the Azerbaijani government, Assistant to the President - Head of the Foreign Policy Department of the Presidential Administration Hikmet Hajiyev, thanked and respected Israeli doctors on Twitter.

“This is a very significant event. We express our deep gratitude to the medical staff and the Israeli embassy for providing real medical care to our wounded soldiers and officers. This is a proof and embodiment of friendship between our countries."

Hikmet Hajiyev ended his tweet with a quote from a Jewish source: "He who saves a man saves the world."

The author of the article notes that Israeli Ambassador to Azerbaijan George Dick posted the following message on his Twitter page yesterday:

"It reflects the spirit of friendship between Israel and Azerbaijan. We want to restore the strong health, self-confidence, and ability of these people to live normally and with dignity in their homeland, Azerbaijan."