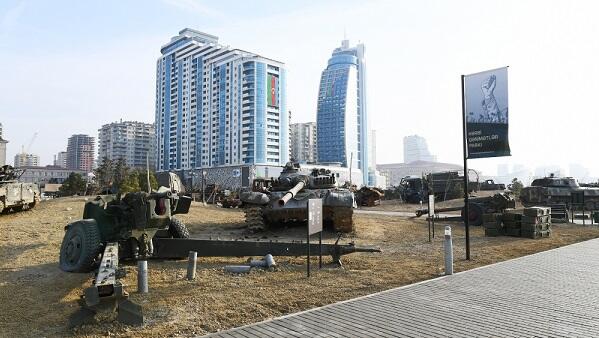 President of the Republic of Azerbaijan Ilham Aliyev's participation in the opening of the Military Loot Park in Baku on April 12 and his speech in front of the awarded servicemen were widely covered by the Turkish media.

The enemy, who suffered constant defeats on the battlefield during the 44-day Patriotic War, committed crimes against humanity and war crimes, including rocket attacks on areas far from the battlefield, and killed civilians. A plaque reflecting these facts in chronological order was placed at the entrance to the park. There are also the remains of the Iskander M missile fired at Shusha.

Anadolu Agency reported that "Azerbaijani President Aliyev announced that Armenia used the Iskander M missile in the war" in several languages. The information reflects important points from the President's speech on the subject.