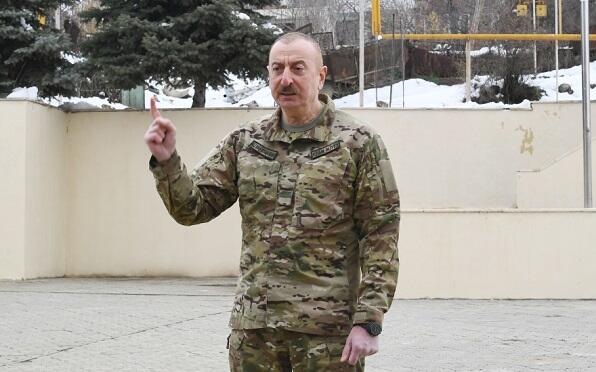 Of course, Belarus is our friend, our tried and tested partner. Of course, we hope that he will take an active part not only in the restoration of the liberated territories, but also as a partner of Armenia, a member of the Eurasian Economic Union and the Collective Security Treaty Organization, as well as a close friend of Azerbaijan. Of course, I am confident that it can play an important role in the settlement of relations between Armenia and Azerbaijan in the future.

Axar.az reports that the statement came from President of Azerbaijan Ilham Aliyev during a joint press conference with President of Belarus Alexander Lukashenko.

"I also told Alexander Grigoryevich that a format related to Minsk is a thing of the past. The Minsk Group exists, but the conflict has been resolved. We still do not know what the Minsk Group will do. We expect creative ideas from them. Our Foreign Minister reported to me today that the group made a statement after my comment on the activities of the Minsk Group yesterday. Of course, I will get acquainted with that statement. However, as they say, I hope that all other formats related to the city of Minsk will be settled peacefully. We wanted to resolve the conflict with Armenia peacefully for almost 30 years. Our commitment to the negotiation process is a testament to our intentions. Therefore, the occupying country is, of course, to blame for the military-political settlement of the conflict. If they had listened to my calls and insistence on leaving our territories before and even during the war, the consequences of the war would not have been so painful for Armenia. All the blame is on them. "We have restored justice, including historical justice, international law and implemented UN Security Council resolutions," Ilham Aliyev said.