“The main way for the social business-development” 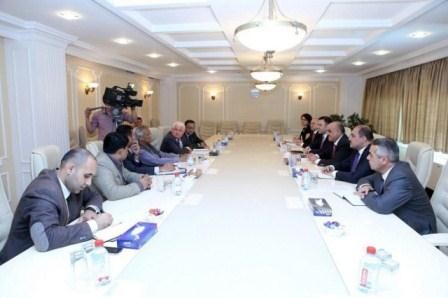 Nobel Peace Prize winner Muhammad Yunus has hailed Azerbaijan`s care to the development of socio-economic field as he met Minister of Labor and Social Protection of Population Salim Muslumov.

Muhammad Yunus said great development processes had been taking place in Azerbaijan, adding that he was deeply impressed with the positive changes in the country.

The Peace Prize winner described social business as the one of the main part for the common development, saying he was ready to support the country in this regard.

The meeting also heard remarks by Muhammad Yunus on “The main way for the social business-development”.