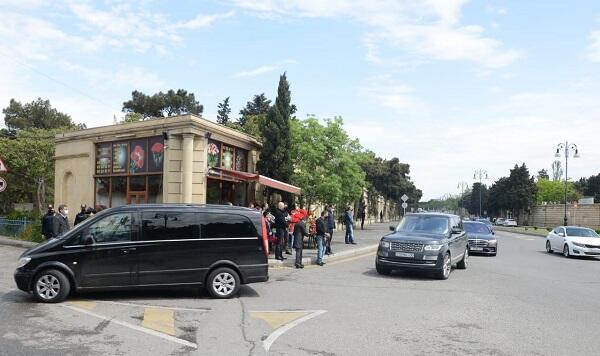 The funeral of Azad Rahimov, the Minister of Youth and Sports, who died at the hospital where he was treated, is being held in the United States.

Axar.az reports that the late minister's son-in-law was brought to the 2nd Alley of Honors.

Officials of the ministry and the National Olympic Committee, relatives and family members of the deceased are attending the funeral, which was organized in a limited format due to the pandemic.

Minister of Youth and Sports of the Republic of Azerbaijan Azad Rahimov has been buried.

His body was buried in the 2nd Alley of Honors.

The ceremony was attended by state and government officials, relatives of the deceased.

Azad Rahimov was born on October 8, 1964 in Baku. He was appointed Minister of Youth and Sports on February 7, 2006 by the order of President Ilham Aliyev. During his tenure, Rahimov was awarded the Order of Glory and the Order of Merit of the 1st degree.