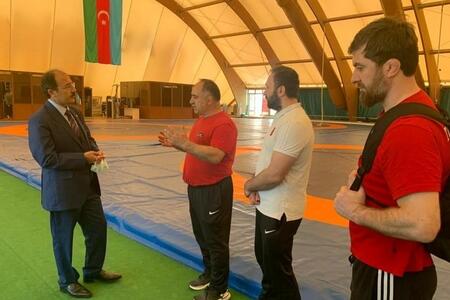 Axar.az reports that according to the embassy, ​​Bagci met with members of the Turkish national youth team, who are training in Baku. Coach Rushen Cetin told the ambassador about the preparation process.

At the end, a memorial photo was taken with the officials of the Azerbaijan Wrestling Federation and the coaches of our national team.

It should be noted that the Turkish national team will participate in the International Champions Tournament in Istanbul on May 28-30 and the European Championship in Dortmund, Germany from June 28 to July 4.