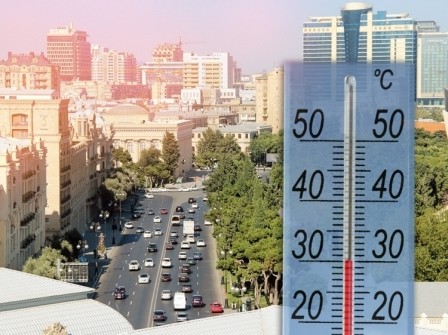 The current air temperature in Azerbaijan is above climate norm.

Asif Verdiyev, chief hydrologist of the National Hydrometeorology Department of the Ministry of Ecology and Natural Resources, told APA that yesterday’s temperature in Baku and the Absheron Peninsula was 2-3…C higher than climate norm.


The temperature recorded in the past few days is still dominating.


Nevertheless, the weather is not abnormally hot for the time being. June temperatures in previous years were higher than this June’s. The highest June temperature was recorded 40…C in 1996.


The current temperature is below high records. The average temperature in Baku and the Absheron Peninsula is 33-35…C.