French portal wrote about the reconstruction in Karabakh 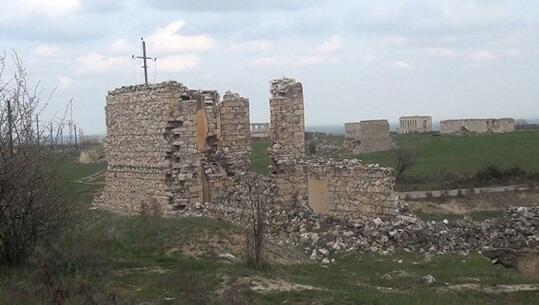 Axar.az according to the article, as a result of the war between Armenia and Azerbaijan in September-November 2020, official Baku liberated its lands, which belonged to it under international law and were occupied for many years. It was stated that France still does not understand the essence of this conflict, and the media spread materials based on misconceptions and superficial comments about it.

Speaking about religious tolerance in Azerbaijan, the author notes that there are mosques, synagogues, Orthodox churches and even an Armenian church in the capital Baku and they are in good condition.

A journalist visiting the liberated lands says that a new road network is being built in these areas, which will allow Azerbaijani IDPs to return to their native lands.

Referring to the threat of landmines that still exist in the liberated areas, Rumestan said that people, including journalists, were killed in the blast. Armenia still refuses to provide maps of all mines. This complicates the work of demining workers.

The journalist, who is in Shusha, the ancient city of Azerbaijan, after the Fizuli region, which was destroyed during the occupation, says that many representatives from foreign countries visit here. Traces of fighting still remain in the city - bullet marks on buildings, torn roofs, destroyed cultural heritage. The statues of Azerbaijani geniuses (Bulbul, Uzeyir Hajibeyli, Natavan) shot during the first war have also been returned to their original places. Reconstruction work has already begun in Shusha.

Referring to the trilateral statement signed between Azerbaijan, Russia and Armenia, the author notes that this is a road map for the return of life in the South Caucasus to normal. It is stressed that now Azerbaijan has a big challenge. Thus, official Baku has to completely rebuild almost one-eighth of its territory. To do this, first of all, the areas must be cleared of mines.

In conclusion, the journalist noted that the conflict is over for Azerbaijanis, and the territorial integrity of Azerbaijan has been ensured. Now hope is living together again in these lands, forgetting the past, wars and pain. There is no other way but peace.