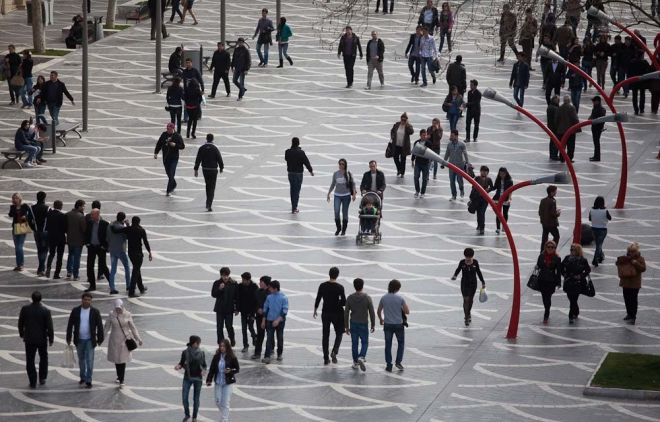 The population of Azerbaijan has been announced.

Axar.az informs that according to the State Statistics Committee, the population of the country increased by 10,812 people or 0.1 percent since the beginning of the year and reached 10,167,178 as of April 1, 2022.

52.9% of the population was urban and 47.1% rural, and the sex ratio between men and women was the same.