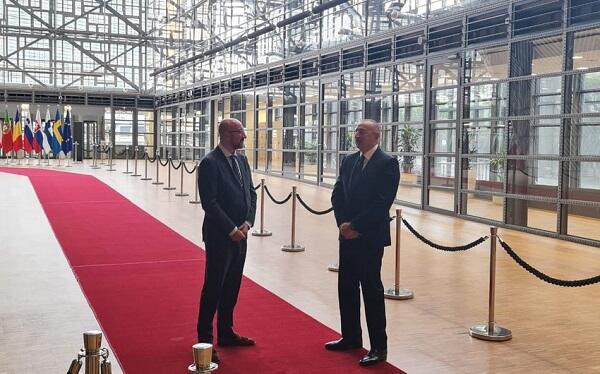 President of Azerbaijan Ilham Aliyev, who arrived in Brussels on May 22, met with President of the European Council (EU) Charles Michel.

Axar.az reports that in addition to the official one-on-one meeting, a cordial conversation took place.

During the conversation before the official meeting, the leaders' sincere relations with each other did not escape the attention of the media representatives present at the meeting.

In addition to discussing current issues, the two sides also discussed the development of relations between the European Union and Azerbaijan.

It should be noted that the interest in Azerbaijan in Europe has recently increased.

Thus, further deepening of relations between the EU and Azerbaijan is in the interests of both sides.

The EU sees Azerbaijan's participation in the processes taking place in the region and globally, its contribution to these processes, and correctly assesses all this. Most importantly, this organization fully shares the new realities created by President Ilham Aliyev in the region.