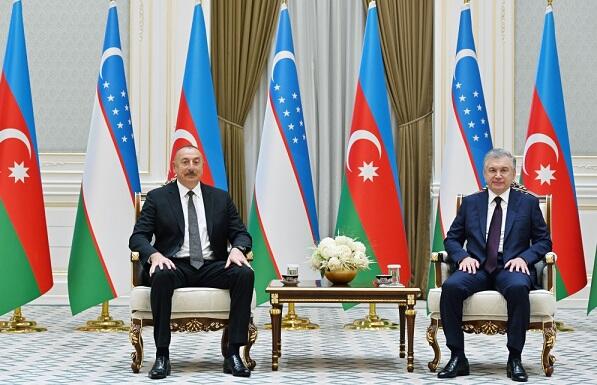 Today I presented one of Fuzuli's manuscripts to esteemed Ilham Heydar oglu. I think this is our wealth.

Axar.az reports that the statement came from President of Uzbekistan Shovkat Mirziyayev in a joint statement with President of Azerbaijan Ilham Aliyev.

"There are many such manuscripts in Uzbekistan. It shows once again that the Uzbek people have great respect and interest in Azerbaijani culture for centuries. I would like to emphasize that the founder of Uzbek literature and poetry Alisher Navoi was inspired by the works of the great Nizami Ganjavi. He called Nizami that, "Shovkat Mirziyayev said.