Pashayeva met with the martyr's mother 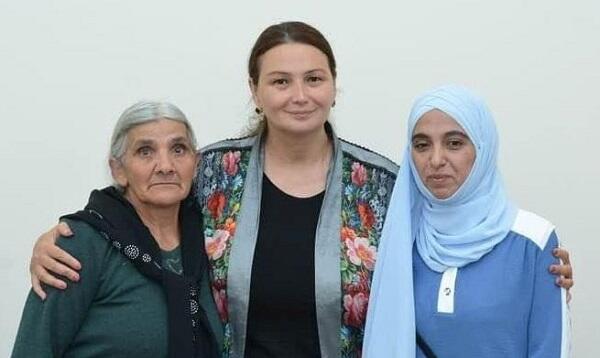 Chairman of the Culture Committee of the Milli Majlis Ganira Pashayeva met with Gulsum Khanum, the mother of our heroic martyr, Mehman Musa oghlu Yusifov, who was awarded the "Karabakh" order, and Zakiya Khanum, the sister of the martyr.

Axar.az reports the concerns of the martyr's family were heard at the meeting in Tovuz.

Pashayeva said she was with the mother and sister of the martyr and expressed her deep respect for the martyr's soul.