A number of names banned in Azerbaijan 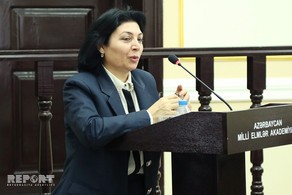 'Regulation of personal names is still considered by the Terminology Commission'.

It was told by Sayali Sadigova, Deputy Chairman of the Terminology Commission under the Cabinet of Ministers.

According to her, therefore, all registration offices appeal to the commission for problems regarding names: 'Names as 'Albert', 'Enes', 'EvrenEse', 'Taha', 'Turanturk' have been banned during recent months as 'Taha' name doesn't have any meaning in our language. Some of the names are not completely appropriate to our language'.

Deputy Chairman stated that the commission receives letters, discusses the names and prevent their use: 'Meaning of 'Turanturk' name was studied, it turned out that Turan is a word of Turkic origin, this word also means 'Turk'. The same two words cannot be used at the same time. I don't understand what do they intend using such names?!'

S.Sadigova noted that registration offices carry out important works for regulation of personal names: 'We cannot enter every name to our system'.