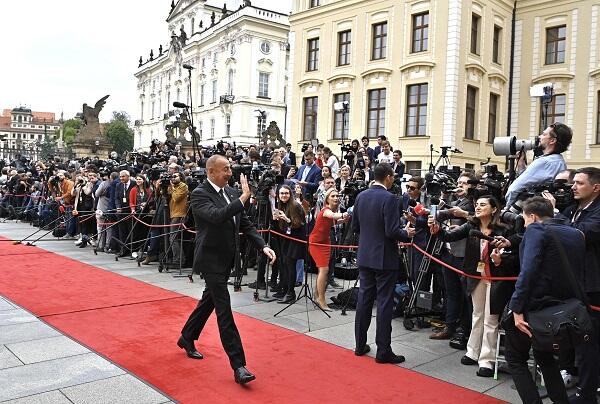 On , the opening plenary session of the "European Political Union" Summit was held in Prague, the capital of the Czech Republic.

Axar.az reports that the President of the Republic of Azerbaijan Ilham Aliyev participated in the meeting.

Prime Minister of the Czech Republic Petr Fiala welcomed the President of Azerbaijan Ilham Aliyev and other heads of state and government participating in the Summit.

Then a plenary session was held.

After the meeting, the participants took a photo together.