Stadium in the center of Baku - Historical photos 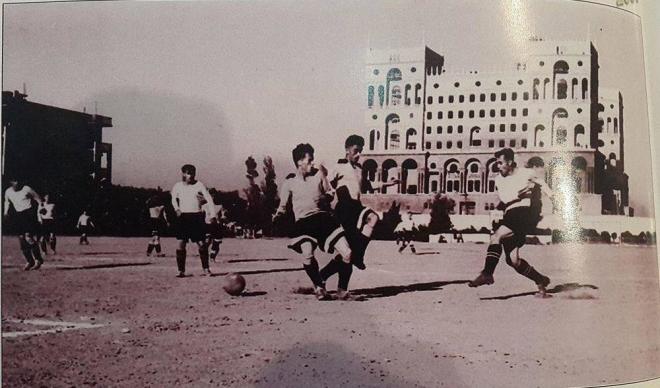 This photo was taken in the center of Baku.

Axar.az reports referring to Qol.az that photo was taken in 1949. On the other side one of the beautiful architectural synbols of our capital building of Government House. The place on which players are playing is stadium. "Dinamo" stadium. Right now famous Hilton hotel located in the place of stadium. During period in which the photo was taken, "Neftyannik" or Neftchi FC were accepting their rivals in championship.

After building of Lenin stadium (Right now called TStadium after name of Tofig Bahramov) in 1951, "Neftyannik" played their games at this stadium.