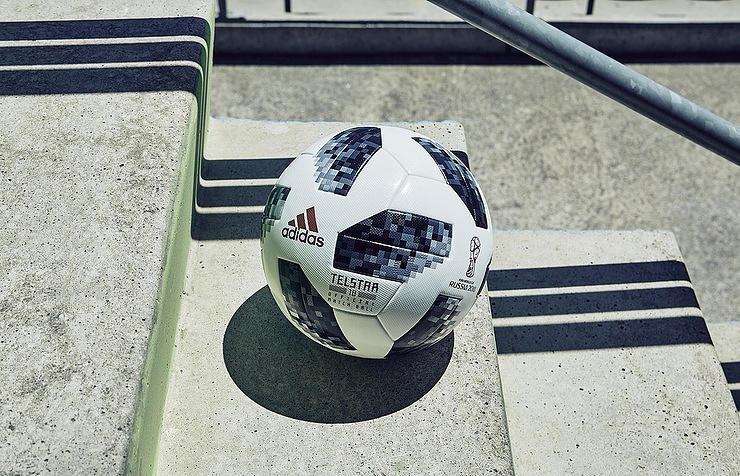 An official ball of the 2018 FIFA World Cup, called Telstar 18, was unveiled in the Russian capital of Moscow on Thursday during a solemn ceremony attended by world’s football stars.

Axar.az reports that according to the official statement form FIFA, the new ball is: "A reinvention of a classic model with a brand-new panel design and the latest technology: in an exciting re-imagining, Adidas today revealed the official match ball for the 2018 FIFA World Cup Russia, which pays homage to the first-ever Adidas World Cup ball."

"The Telstar 18 evokes unforgettable memories of the 1970 FIFA World Cup - and of legends like Pele, Gerd Muller, Giacinto Facchetti, Pedro Rocha and Bobby Moore - and will feed the dreams of those who will play for football’s most coveted prize in Russia next year," the statement from FIFA said.

Commenting on the new official match ball of the upcoming global football championship, legendary forward of Barcelona FC and the Argentinian national squad Messi said "I like all of it: the new design, the colors, everything."

"I was lucky enough to get to know this ball a bit earlier and I managed to have a try with it," Messi, who arrived in Moscow this week for a friendly match between Argentina and Russia, added.

The friendly match between hosts Russia and Argentina is scheduled for November 11 at the Luzhniki Stadium, which had been idle for the period of reconstruction works since 2013. Messi arrived in Russia on Monday together with his partner in Barcelona FC and the national team, defensive midfielder Javier Mascherano.

After successfully hosting the FIFA Confederations Cup this summer, Russia is now in full-swing preparations to host the 2018 FIFA World Cup. Krasava by Adidas was the Official Match Ball at the FIFA Confederations Cup hosted by Russia in 2017.
The country selected 11 host cities to be the venues for the matches of the 2018 World Cup and they are Moscow, St. Petersburg, Sochi, Kazan, Saransk, Kaliningrad, Volgograd, Rostov-on-Don, Nizhny Novgorod, Yekaterinburg and Samara.

The matches of the 2018 World Cup will be held between June 14 and July 15 at 12 stadiums located in the 11 mentioned above cities across Russia. Two of the stadiums are located in the Russian capital.

The 2018 FIFA World Cup Final Draw will be held in the Russian capital of Moscow on December 1 and the Kremlin was selected as the venue for the event.